Hand Movement, Orientation, and Grasp (HMOG) is a set of behavioral features to continuously authenticate smartphone users. HMOG features unobtrusively capture subtle micro-movement and orientation dynamics resulting from how a user grasps, holds, and taps on the smartphone. In this project, we evaluated authentication and biometric key generation (BKG) performance of HMOG features on data collected from 100 subjects typing on a virtual keyboard.

Data was collected under two conditions: sitting and walking. We achieved authentication EERs as low as 7.16% (walking) and 10.05% (sitting) when we combined HMOG, tap, and keystroke features. We performed experiments to investigate why HMOG features perform well during walking. Our results suggest that this is due to the ability of HMOG features to capture distinctive body movements caused by walking, in addition to the hand-movement dynamics from taps.

With BKG, we achieved EERs of 15.1% using HMOG combined with taps. In comparison, BKG using tap, key hold, and swipe features had EERs between 25.7% and 34.2%. We also analyzed the energy consumption of HMOG feature extraction and computation. Our analysis shows that HMOG features extracted at 16Hz sensor sampling rate incurred a minor overhead of 7.9% without sacrificing authentication accuracy.

This project was funded by DARPA.

The HMOG dataset can be downloaded from here. 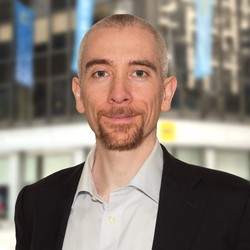